Our Authority members are non staff members who are appointed to bring an objective point of view to our board and committees. This page introduces you to them and tells you a bit about their background. 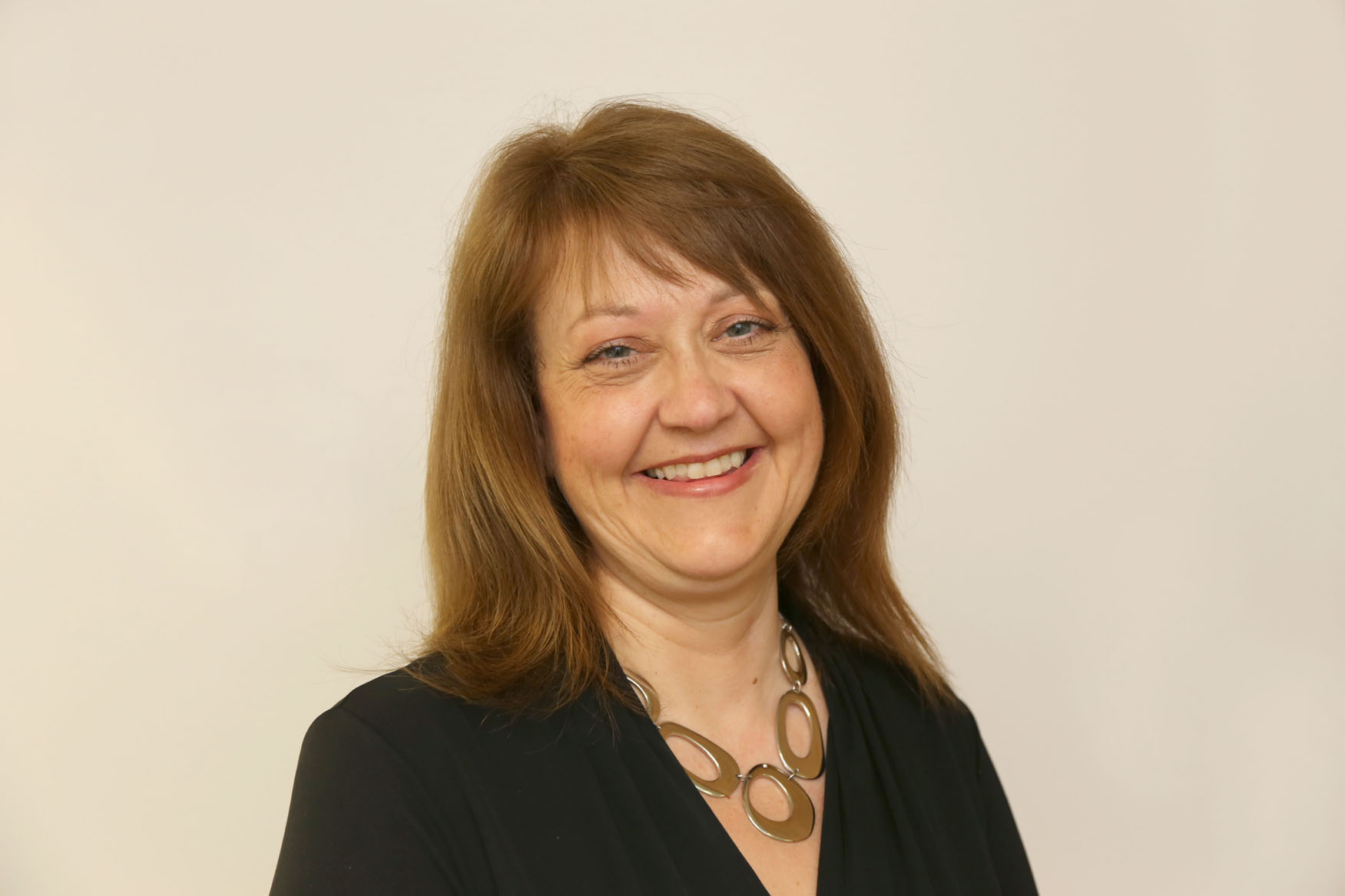 Sally is Chair of the HFEA, the UK’s regulator of the fertility sector and embryo research. She has held a number of senior leadership roles across the NHS and the wider health sector, and is currently also the Chair of Health Education England (North), which is responsible for the education and training of the 350,000 health and care staff across the North of England. Sally is also the Deputy Chair of Cafcass (the children and family court advisory service) and took on the role of Chair on an interim basis on 8 November 2019.

Sally previously enjoyed a successful corporate career with Deloitte, one of the global professional services firms and, having moved into public sector work, is passionate about improving the quality of public services offered to patients and families across health and social care.

Direct employment and consultancies: None 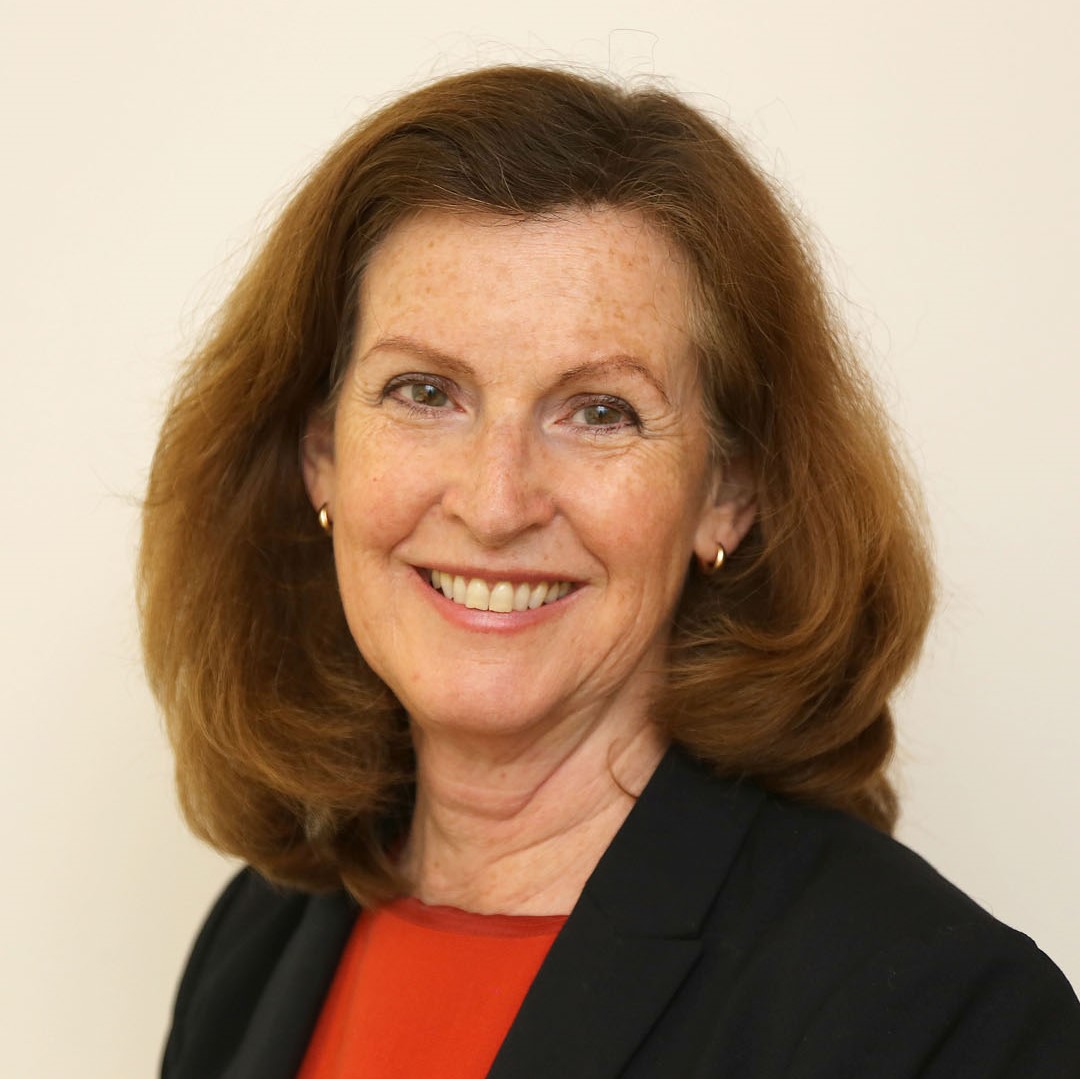 Margaret has been an Authority member since 1 April 2015 and is our Deputy Chair. Having spent 19 years as a journalist at the BBC, she continues to write, lecture and commentate on national security and communications issues part time.

Margaret is on the Board of the Food Standards Agency. She has also worked as an Assistant Boundary Commissioner for England, a Senior Associate Fellow with the Royal United Services Institute (RUSI) specialising in risk and counter-terrorism, and as a BBC correspondent.

Direct employment and consultancies: None

Fee-paid work other than HFEA: Occasional Honoraria for lectures and broadcast interviews 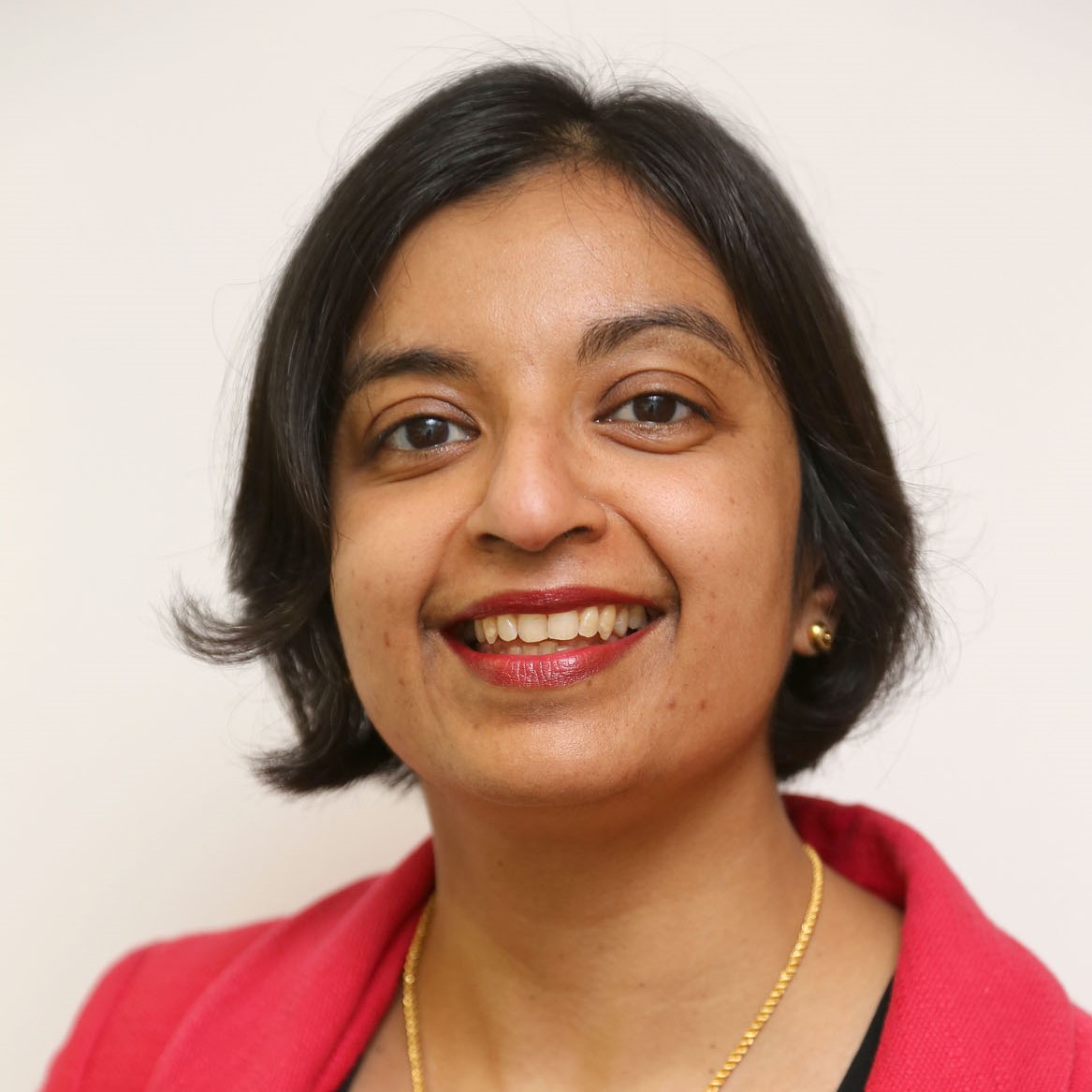 Anita is an independent management consultant who has personal experience of unsuccessful IVF. She joined as an Authority member on 1 April 2015 and her term continues until 31 March 2021.

Anita brings 18 years’ experience as a civil servant working in the Home Office, Cabinet Office, Northern Ireland Office and as a Director in the Ministry of Justice.

Fee-paid work other than HFEA: Consultancy for Somerville College

Other: Trustee of Adoption UK 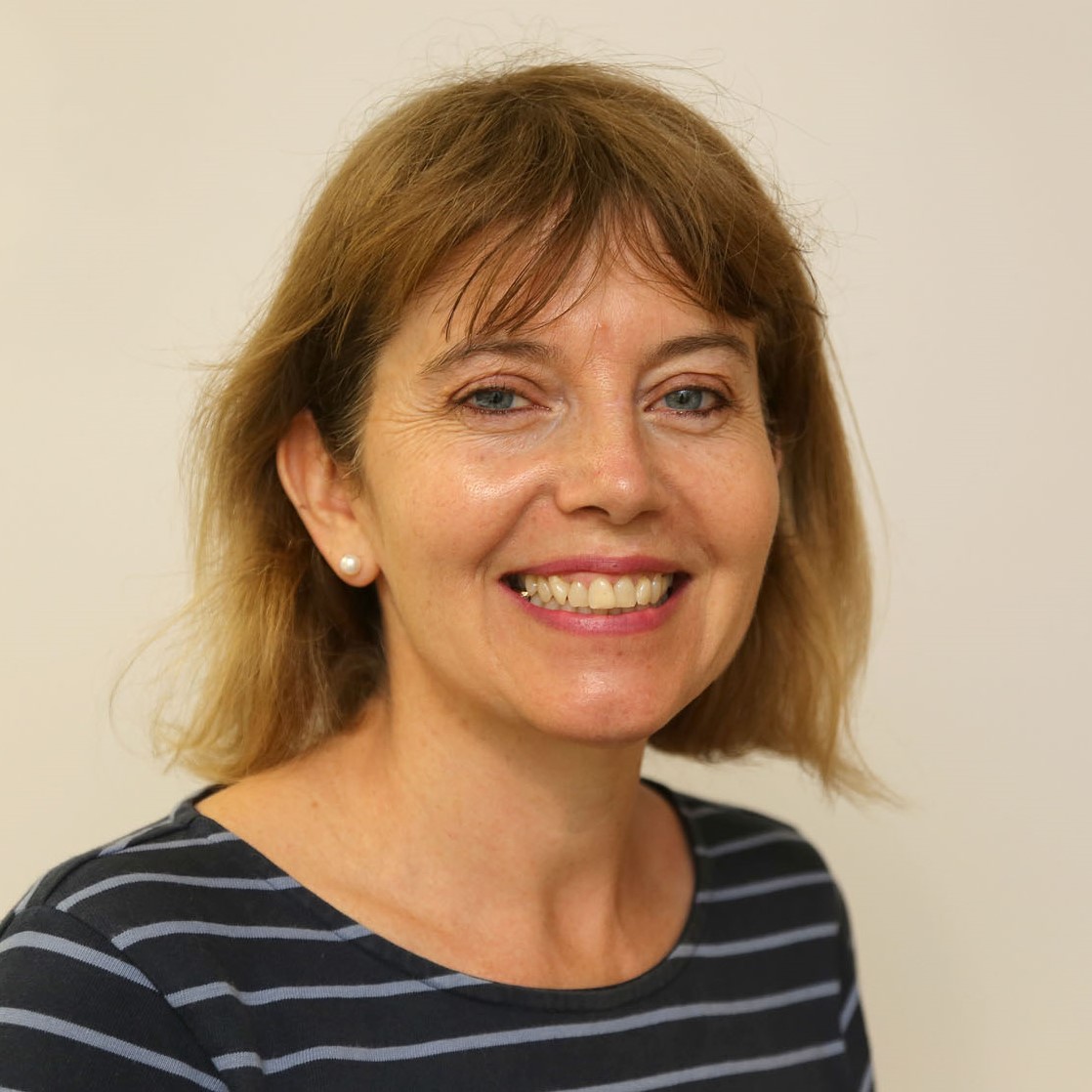 Kate has personal experience of fertility problems and her two children were born following IVF. Her term as an Authority member is due to run until March 2021.

Kate is Women’s Voices Lead at the Royal College of Obstetricians and Gynaecologists where she works to ensure women’s voices are heard at every level and champions the best in women’s health care.

Having begun her career as a television journalist, she continues to write women’s health books and articles and is Editor of the Journal of Fertility Counselling. She also serves on numerous health and fertility-related committees.

Registration of hospitality: none 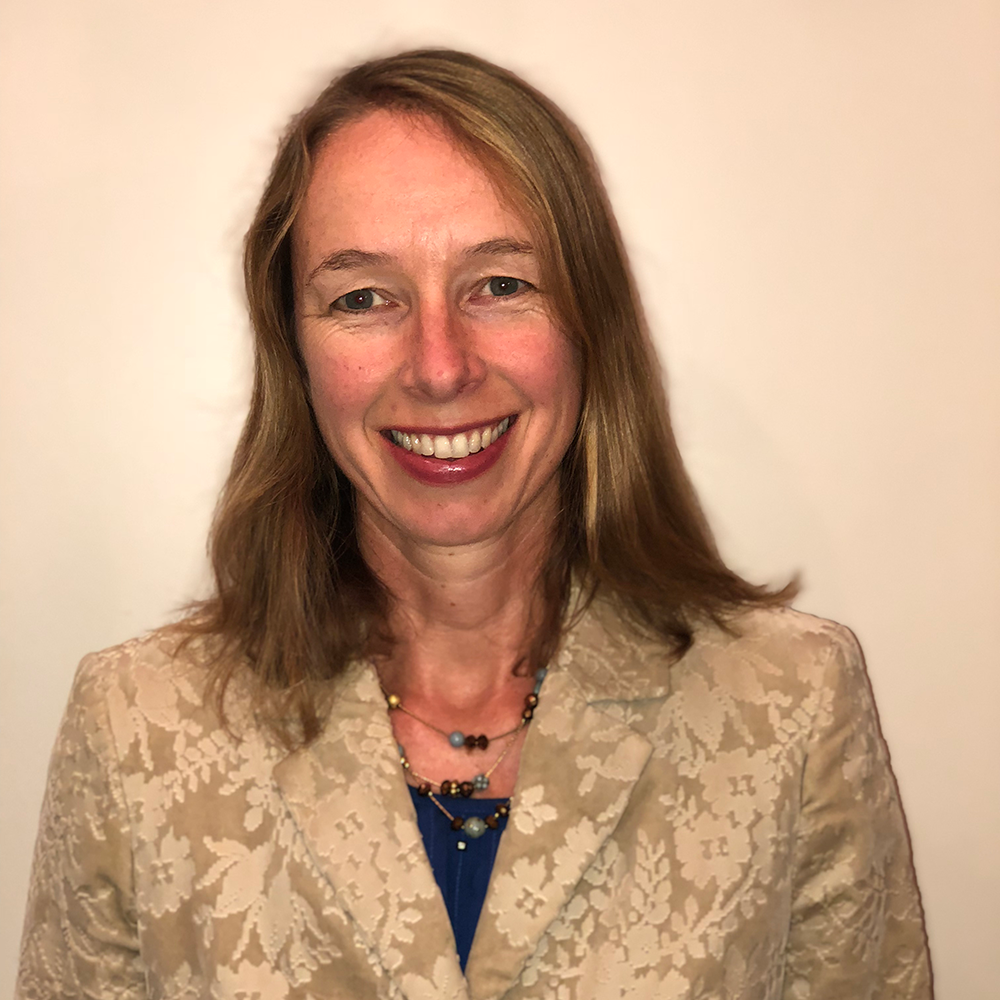 Emma is a Professor of Healthcare Law at Durham University. She teaches Law and Medicine and Torts and has over twenty years’ experience researching legal and ethical issues of healthcare. She is a Senior Fellow of the Higher Education Authority. Her books and articles specialise in issues of consent, capacity and compulsion.

Emma became a member of the Authority on 1 October 2018 and her term continues until 30 September 2021. 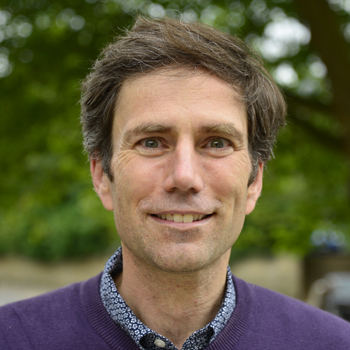 Jonathan is a Professor of Law at the University of Oxford. He became an Authority member on 18 July 2018 and his first term runs until 17 July 2021.

Jonathan teaches medical law and ethics, family law and criminal law. He has written extensively in all of these areas and published over 50 books.

He is also a qualified solicitor but has not practiced since qualification.

Direct employment and consultancies: Exeter College and Faculty of Law, University of Oxford

Other public appointments and committee memberships. None 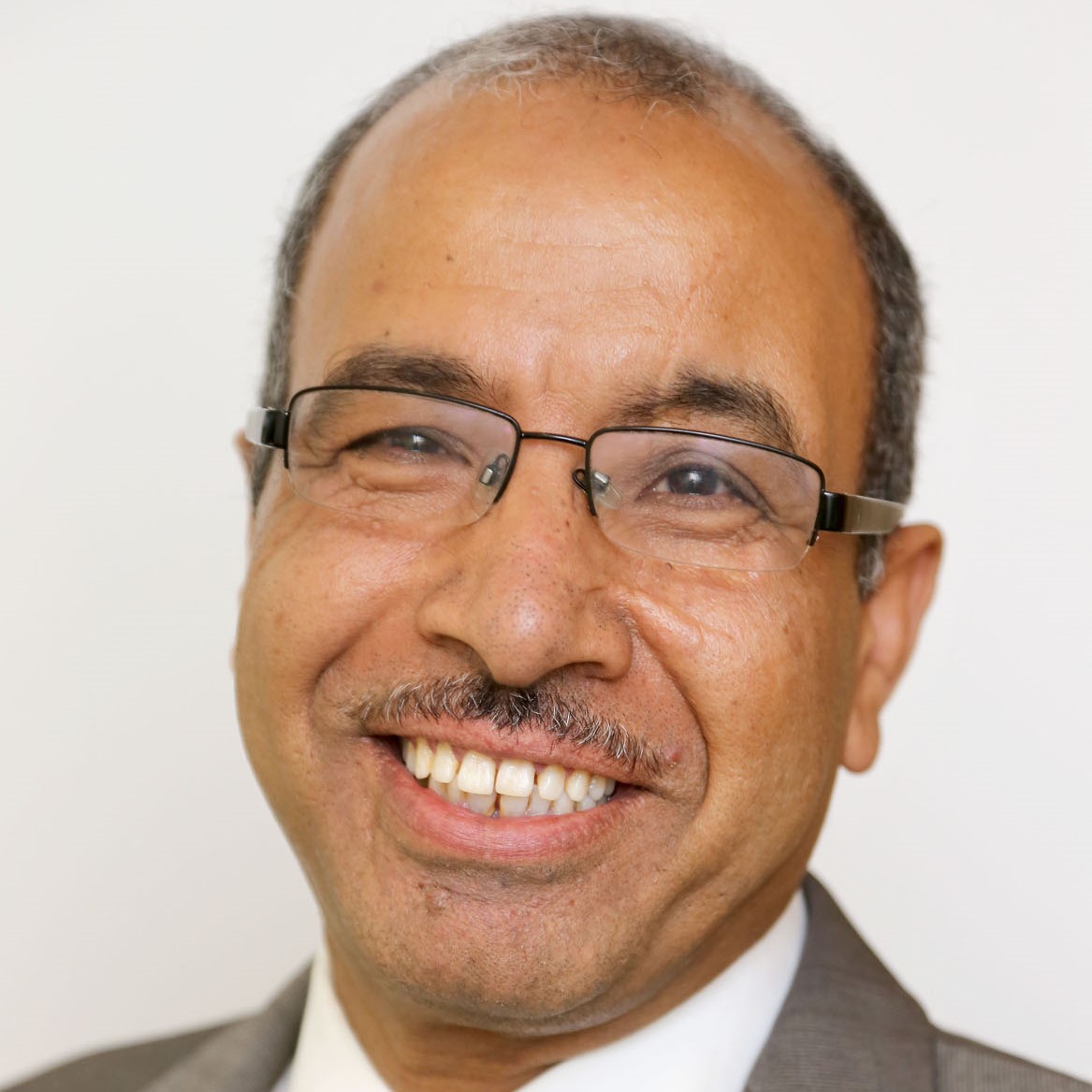 Yacoub is the Medical Director of the Assisted Conception Unit (ACU) at Guy’s and St Thomas’ Hospital and Director of their pre-implantation genetic diagnosis (PGD) programme. He became an Authority member on 1 April 2015 after working with us for a number of years on committees and initiatives, and his term continues 31 March 2021.

As well as being an Honorary Senior Lecturer at King’s College London and leading a research programme, he serves on numerous important boards and groups in the field of reproductive medicine. Having published more than 100 journal papers and book chapters and lectured across the globe, his expertise is called upon regularly by the National Institute for Health and Care Excellence (NICE) and the media. 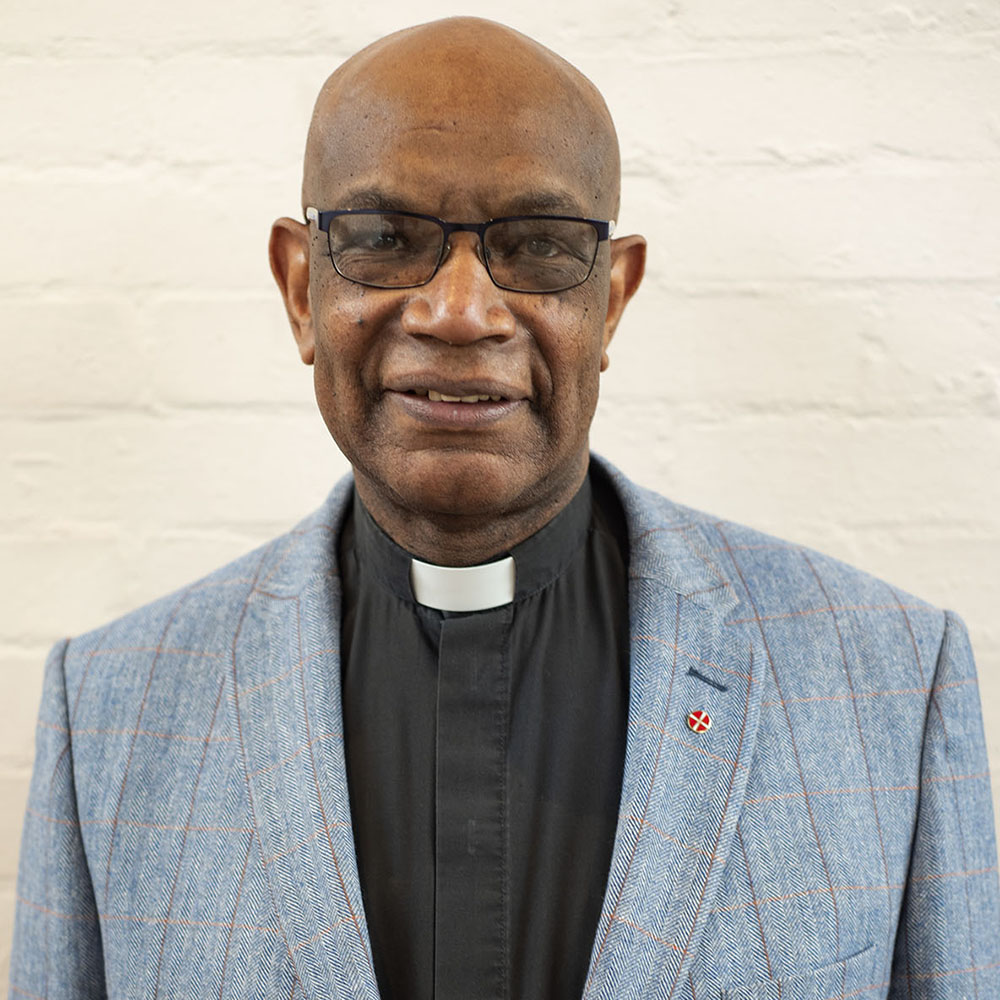 Ermal is an ordained minister of The Methodist Church. He was a member of the Authority from January 2010 to December 2011, and on his return to London after four years working in South Africa, was newly appointed for a term from 1 May 2019 to 30 April 2022.

He is currently the Superintendent Minister of the Barking Dagenham and Ilford Methodist Circuit, and an Associate of the Susanna Wesley Foundation at Roehampton University. Ermal’s interest in Bioethics began while he was on the Staff of the Council of Churches for Britain and Ireland, and developed further as Tutor in Ethics at The Queen’s Foundation in Birmingham. At Roehampton, he is working mainly on processes of transformational change in Church and Society.

Ermal was formerly the Lead Chair of the London Methodist District and Co-Chair of the Faiths Forum for London. He brings to the Authority his experience of working pastorally with people who have been affected by infertility, in London and South Africa, as well as his grounding in Theology and Ethics. 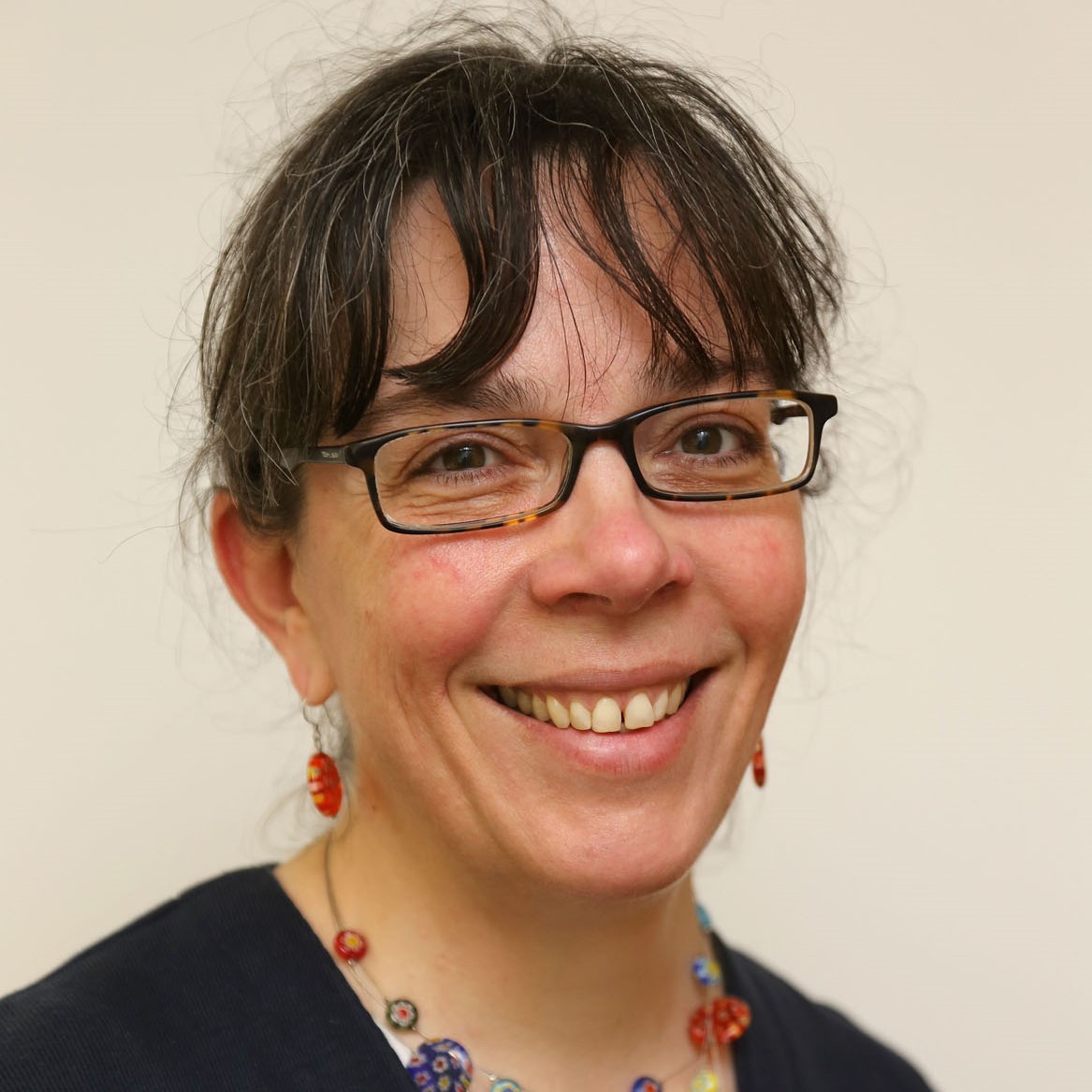 Anne is a consultant in Clinical Genetics at the South East of Scotland Clinical Genetic Service in Edinburgh. She became an Authority member on 1 February 2016 and her term continues until 31 January 2022.

Anne has a special interest in rare syndrome diagnosis and eye genetics, and after graduating from medical school at the Albert-Ludwigs-University in Germany, completed a PhD researching the role of collagen VI in muscular dystrophy.

Since November 2008, Anne has provided adult and paediatric genetic services for Fife, including prenatal and predictive testing. She’s a Fellow of the Royal College of Physicians (Edinburgh) and is a member of the British Society for Genetic Medicine, the European Society of Human Genetics, the Clinical Genetics Society and the UK Eye Genetics Group. 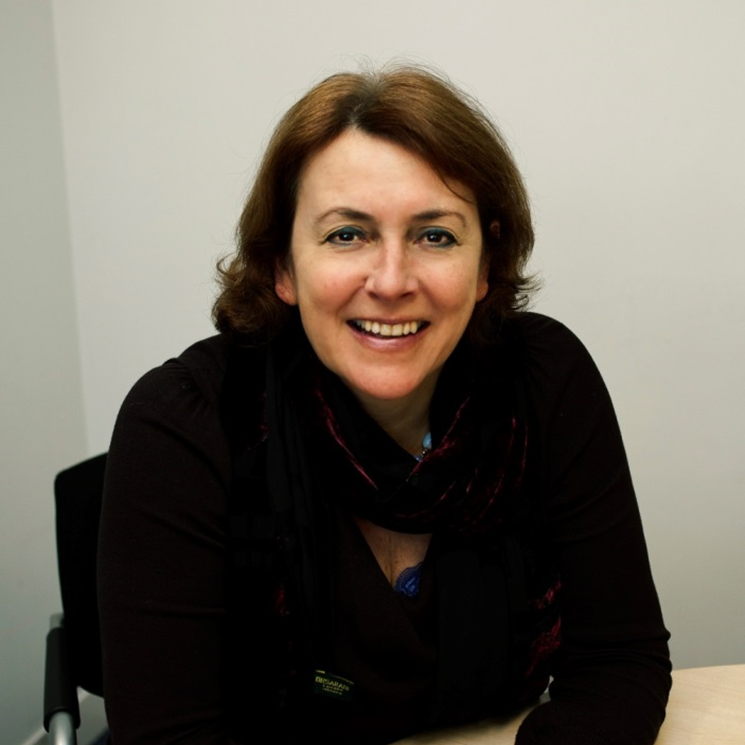 Gudrun Moore is Professor of Clinical and Molecular Genetics at UCL’s Great Ormond Street Institute of Child Health. She joined as an Authority member on 18 July 2018 and her term runs until 17 July 2021.

From 2009-2014, in collaboration with Professor Lesley Regan, she established the 'Baby Bio Bank', facilitating research into the main complications of pregnancy. She has an international reputation for her work in both paediatric and obstetric specialities, recognised by awards to an honorary fellowship of the Royal College of Paediatrics and Child Health and a fellowship of the Royal College of Obstetrics and Gynaecology. 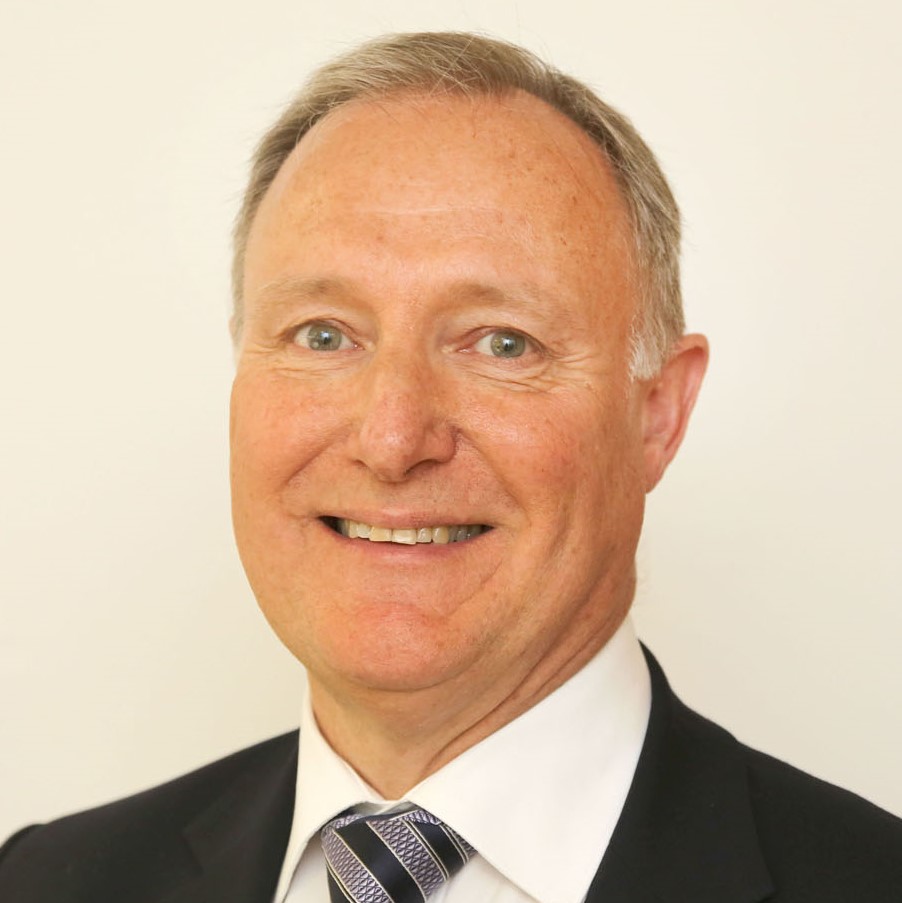 Tony is a Consultant in Reproductive Medicine and Gynaecological Surgery at Leeds Fertility. An Authority member since 11 November 2014, his term runs until 11 November 2020.

Tony was one of the first to introduce vaginal ultrasounds and gonadotropin-releasing hormone agonist (GnRH) drugs into routine practice and has been instrumental in developing the pathways that all UK doctors use to treat fertility patients. He has published more than 90 publications and lectures across the globe.

Other: Partner employed as a representative of a pharmaceutical company, Chair of data monitoring committee of the NIHR trial eFreeze, NICE expert advisors panel. 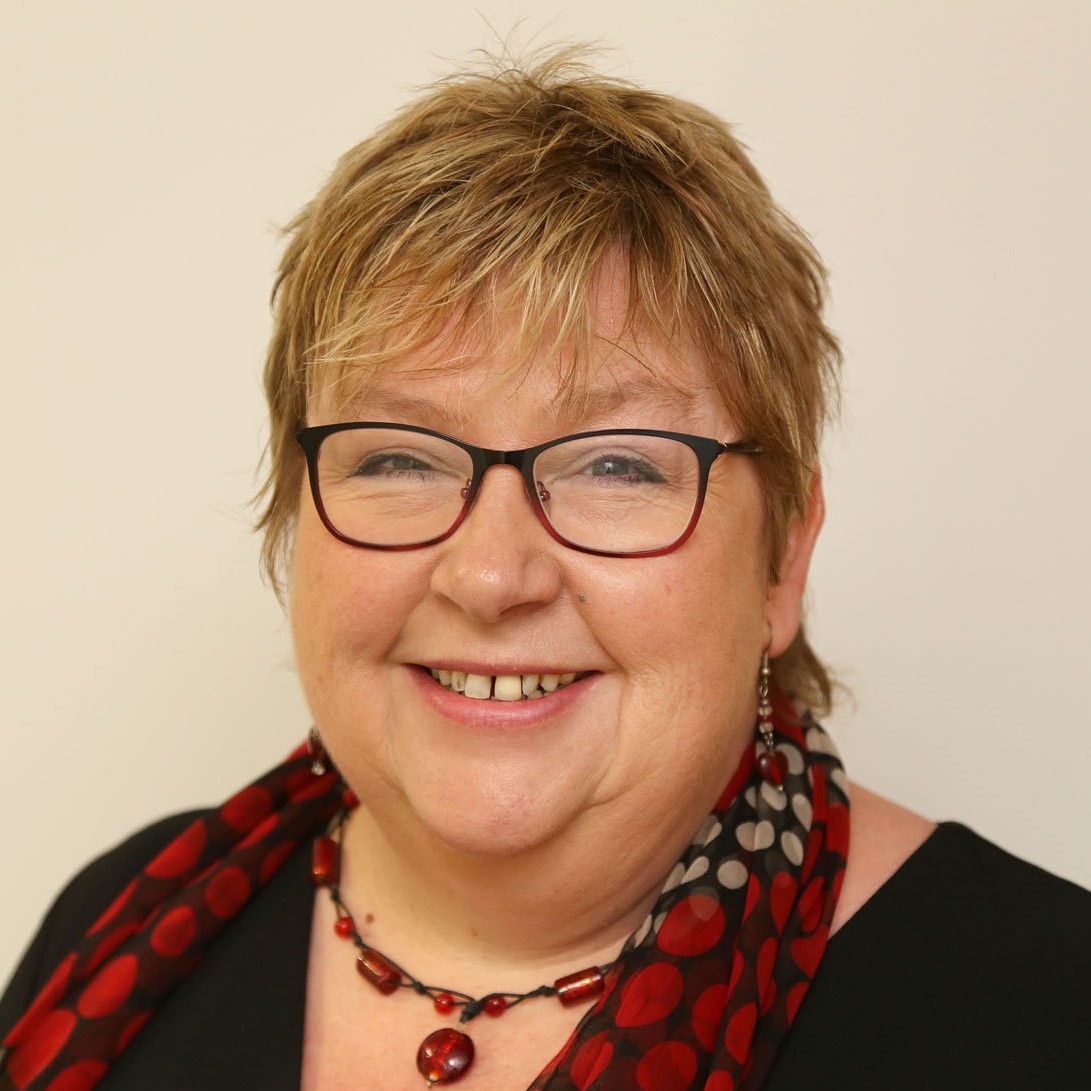 Ruth is a counsellor with over 20 years’ experience, specialising in infertility since 2002. She became an Authority member on 1 January 2016 and her term continues until 31 December 2021.

Currently a Senior Fertility Counsellor, offering counselling across the whole of the UK by Skype, Ruth has previously worked for fertility clinics in Southampton, Birmingham and London, helping both NHS and private patients from diagnosis to the end of treatment and beyond.

Ruth has previously been a staff counsellor for a variety of public sector organisations and particularly enjoyed her time as counsellor for all the personnel at the Historic Royal Palaces in London. She’s a former Chair and executive member of the British Infertility Counselling Association (BICA) and served on the British Fertility Society’s (BFS) executive as counselling representative.

Fee-paid work other than HFEA: Sessional counsellor for Brilliant Beginnings